A while back I told you that a piece that I had written about Carrie Fisher had been chosen for inclusion in the “Dearly Beloved” anthology from Zoetic Press. The publication is out and available for free pdf download! It came out a few weeks ago, but those of you who have been following my other blog know that things have been a little bit crazy for me. Regardless, it’s a great project that I am very proud to be part of!

I don’t think anyone can look back at 2016 and not think of at least one person that left us who had an impact on their life. Actors, writers, musicians, scientists – some of the biggest names in modern history passed on leaving us to mourn and try to come to grips over the deep sense of loss felt for someone we may have never met. I know it’s something I’ve thought of a lot. And every time I see a video I never saw before, or am reminded of Carrie Fisher’s talent I am still taken aback by both her loss and the feeling that comes with knowing you will never get to meet someone who helped to shape the way you see the world.

This publication is filled with people saluting the heroes they lost. They were funny, they were flawed, they were intelligent, they were human and they were larger than life. Join these authors as they explore the loss of someone how touched their life.

Please, visit Zoetic Press and download the anthology. I don’t get any royalties or anything, but I would love to hear what everyone thinks.

In December I decided that I was going to put myself out there a little more and start sending entries to writing contests. So far, I’ve entered one. I found out last week that I’ve been chosen for publication in that contest! 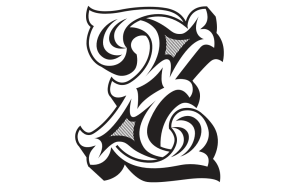 “Writer, Warrior, Royalty: Carrie Fisher” will appear in the Zoetic Press Dearly Beloved Anthology later this year. The anthology focuses on the large number of entertainers, icons and larger than life personalities that passed on in 2016, and how they impacted the lives of people they never met.

The piece being published is in the same vain but significantly different to the piece I wrote about Carrie Fisher a couple of months ago. Fisher remains a hero of mine, and I still find myself thinking about her passing with sadness. It’s strange when someone you’ve never met has such a lasting impact. That’s part of what I tried to get across in the piece I wrote for Dearly Beloved.

I have to say, I’m really excited about this opportunity. I know it’s a small step, but it is a step forward, and I haven’t had too many of those lately. I’m not stopping here, I have a second novel in the works (the first having been completed, ripped apart and eventually put on the shelf for a bit because I’m having trouble on getting from point C to point A- it’s a fantasy chick-lit piece so that is actually an accurate description of the issue). I’d love to get that completed in the next couple of months, but timing is up in the air with everything else going on. There are several short story and essay contests I have my eye on as well. Those may be a little more doable with the time I have available, so I’m starting to put some ideas together for those.

I’ll share publication dates and additional information as it becomes available. Until then, there are more stories waiting to be told. On to the next…