Next week is the 127th Anniversary of the Great Johnstown Flood. On May 31st, 1889 an incredible storm lead to the failure of the South Fork Dam, and the flooding of the valley below. The flood killed more than 2,200 people and destroyed the town. I’ll write a little more about the flood, the town and the triumph of the human spirit next week. Today I’m posting a picture taken earlier this year at sunset just after it snowed. The picture was taken from the top of the World’s Steepest Vehicular Inclined Plane in the Westmont  section of Johnstown. 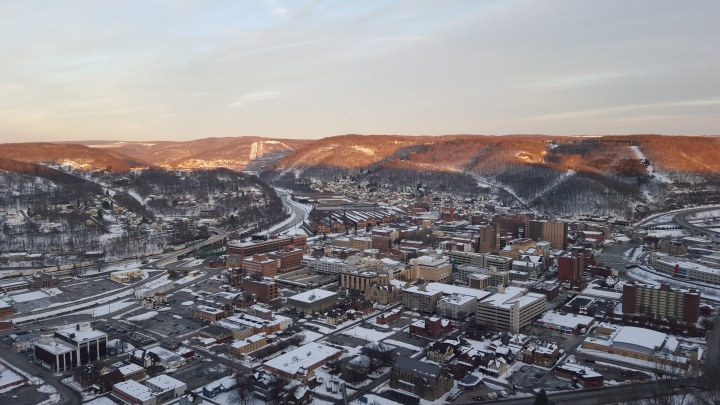 The city of Johnstown, Pennsylvania under a dusting of snow as seen from the World’s Steepest Vehicular Inclined Plane.

Stopped into a church I passed along the way…